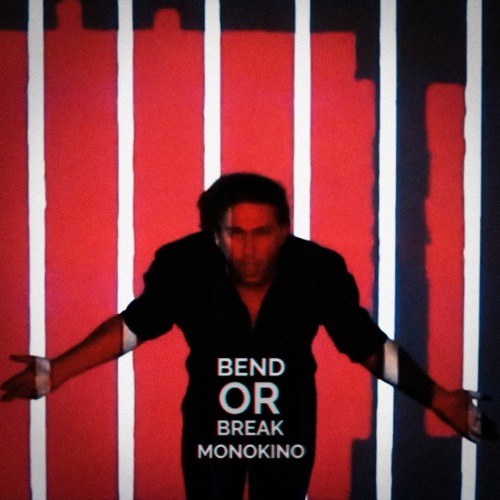 In a novel gesture of european co-operation we have two reviews of two singles that have formed a cultural music exchange.  The two nations are Scotland and The Netherlands and their respective musical champions are Danny McGuire and Monokino (otherwise known as George van Wetering).

In terms of structuring this we’ll start further away and work closer in. That means that Monokino and Bend Or Break will come under scrutiny first. With Monokino being described as an odd/pop composer I felt the eyebrow begin rise and meet the furrowed brow. Oh joy one of those avant garde types that makes noise but has no intrinsic merit whatsoever.

I was wrong. Utterly. If I had to describe the sound it would be a heady blend of Suede, Muse and Space. There is a definite early nineties indie vibe to the whole effort and it is thoroughly entertaining from start to finish. The whining guitar opens and stays throughout but it holds off being annoying and stays pleasantly discordant. Yes I know that’s an oxymoron but it’s staying.

There is an undercurrent that you’re at some sort of trippy house party or have perhaps overindulged in a way you wouldn’t wish to repeat. The “in the round” vocals add to the helter skelter vibe and cut across the guitar which comes in and out like a bad influence pulling at your arm.

The inspiration for the effort is laudable and fully sympathetic to anyone who’s had to sit through a lock down with an overabundance of social media and current affairs.

“The inspiration for the song came when I stopped reading the forwarded articles from my whatsapp contacts, messages about the number of covid deaths, the IQ of Trump, about how efficiently they respond to the pandemic in Southeast Asia and how stupid the Netherlands is… I longed for a time when we were talking about things with common sense and our common stance about that we do not need to explain, rationalize, or quote someone else, or know everything. When all the information comes to you and supposedly refers to experts, how do you still think independently?”

Well said and well played sir. A musical venture with a salient point that’s actually worth listening to. Huzzah!