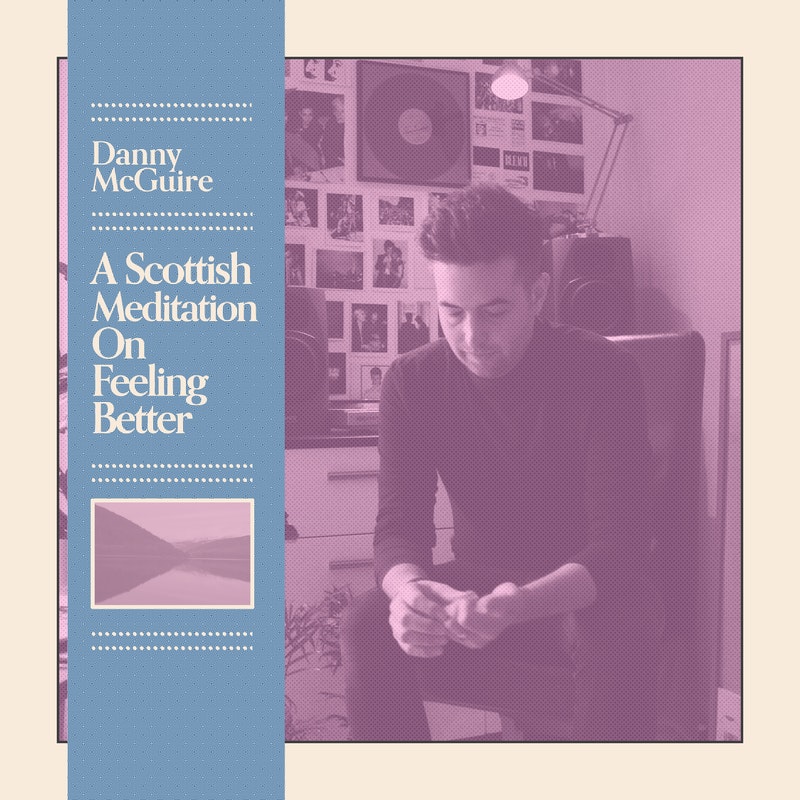 In a novel gesture of european co-operation we have two reviews of two singles that have formed a cultural music exchange.  The two nations are Scotland and The Netherlands and their respective musical champions are Danny McGuire and Monokino (otherwise known as George van Wetering).

After reviewing Monokino’s effort first (greatest distance away first, also it arrived first) next we turn to Danny McGuire’s effort, A Scottish Meditation on Feeling Better. We could all do with a dose of feeling better, especially in this climate so lets have at it.

This is an absolute dream sequence of a record. It feels like floating on a cloud with it’s lullaby vibe and complete chill.

“You are who you are and you should know better” is the refrain for the song and it’s a perfect vignette for it’s message. It’s positive vibes without any bombast or rousing chanting motivation. It feels like being taken to one side and having a one to one chat. A kindly stranger bringing a pint over to you as you sit alone in the corner of the pub looking all forlorn. There’s no massive lyrical depth or strident message of complexity. It’s simple and it’s great for that. “Don’t think about giving up, there’s hope you know” sounds about as saccharine and hallmark as it’s possible to be but it comes across with such sincerity and warmth it’s impossible to write it off.

The paired back melody and heart beat thump rhythm give it the credence to deliver its message without frills. If it was some rock ballad or crooner swing you’d be reaching for the sick bag but it’s hard not to take heart in the record.

Different to it’s opposing Dutch counterpart but equally compelling. It’s great to see European cooperation in this post Brexit dystopia of sour jingoism and mad haired buffoonery and it’s well worth a listen.