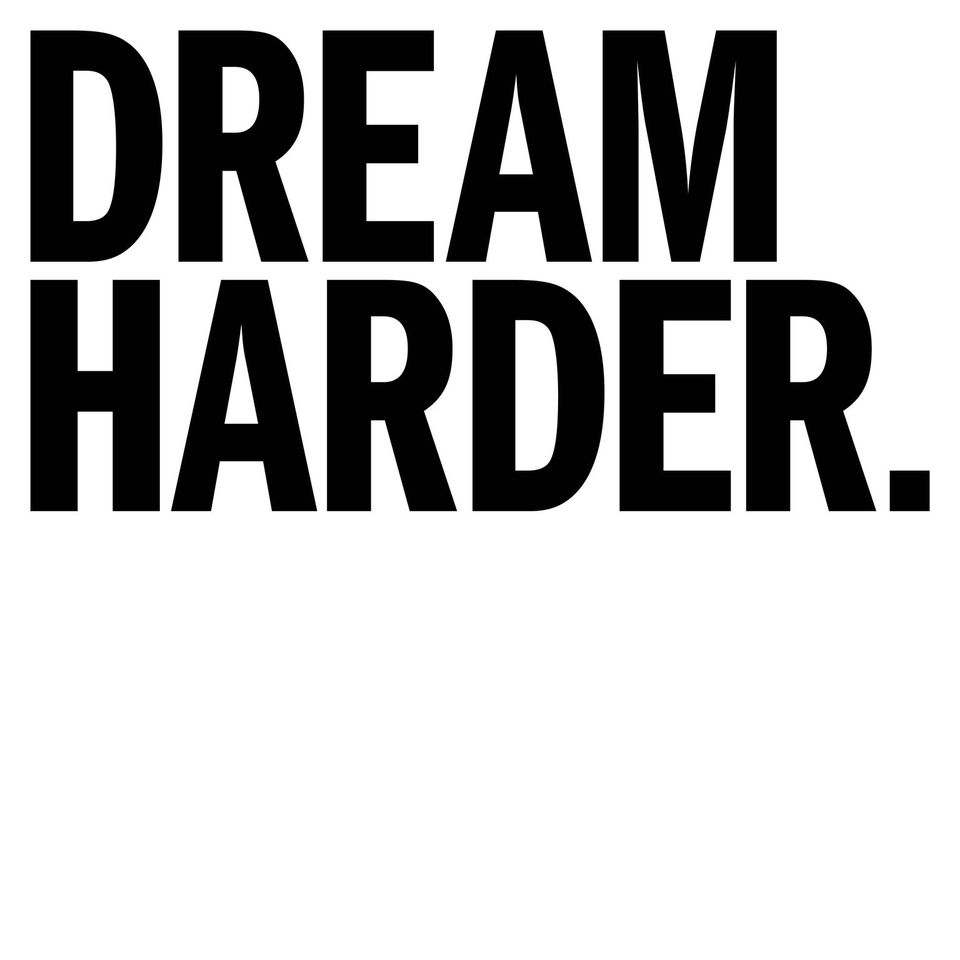 ‘Dream Harder’ is the debut LP from Manchester-based collective Hello Cosmos; here to deliver a message of unity and positivity with their music, it’s an album with a clear mission statement…”dream harder”, of course.

Sonically there’s a wide band of influences, encompassing many styles; alternative rock, psychedelia, blues, spoken word and post punk. With over twenty separate collaborators featuring on the record it’s about as eclectic a mix as you could expect.

Lead vocalist Ben Robinson’s conversational style dominates many songs on the record; part spoken word and part sneering punk drawl the lyrics have a stream of consciousness feeling to them. Sometimes inspiring, sometimes scathing and often whimsical; the performance is certainly distinctive and a driving part to the group’s overall aesthetic.

The album kicks off with ‘Fuse’ a high energy, rocksteady track with a growling bass line and a four on the floor dance feel. There’s definitely a hard rock/ punk undercurrent to be found; certainly in the opening tracks but especially so on ‘The Cosmic Trigger’. The guitars are low and fuzzy, reminiscent of a desert rock garage band session mixed with a modern electronica vibe.

‘Step out of the Shadows’ is a low-fi Radiohead tribute in the style of ‘Karma Police’, ‘Fake Plastic Trees’ et al. but with an upbeat twist. From a gloomy, downbeat ballad with low plodding synths, the track unfolds into a dreamy, positive chorus with a shimmering psychedelic profile.

‘Let Love Be The Island…’ is an almost disco sounding track, certainly with elements of 90s house music and a nod to Tame Impala’s ‘Be Above It’. It’s a blend of punk and electronica wrapped in that distinctive Hello Cosmos aesthetic.

It’s clear that Hello Cosmos wants this album to be digested as part of a whole experience. The fact that the group plan on releasing a companion visual experience to accompany the album suggests that this record moves across the typical boundaries; instead of having a laserium technician interpret the music they’ve done all the hard work already. It’s an interesting concept to offer a multi faceted experience. The experimental style will probably lend itself well to this type of cross multimedia platform effort.

This is going to be a record that demands your attention; the spoken word vocals may dissuade some listeners; if you’re looking for easily digestible, three minute pop songs it’s not going to sit well on the palate. Having said that, if you’ve got time to sit down and experience it start to finish there’s a lot to unpack and with repeated listenings there’s a lot to enjoy. As the band themselves say:

“This album is packed with energy, positivity and raw emotion. It’s a gift from us to you. It’s been created for fun, for reflection and to pass forward the ecstatic moments of life we have shared. It’s music and to us music is about taking the dark moments and making some light.”

The record features a long list of collaborators and happily they all have plenty to offer; the musicianship is strong throughout and the collective experience serves the album well. Fusing a blend of genres, but all in the name of togetherness it should have appeal across the spectrum of music fans. From mosh pits to dancefloors, Hello Cosmos are all about connection; given the current climate let’s hope it’s not too long before they’re able to go out and make it a reality.