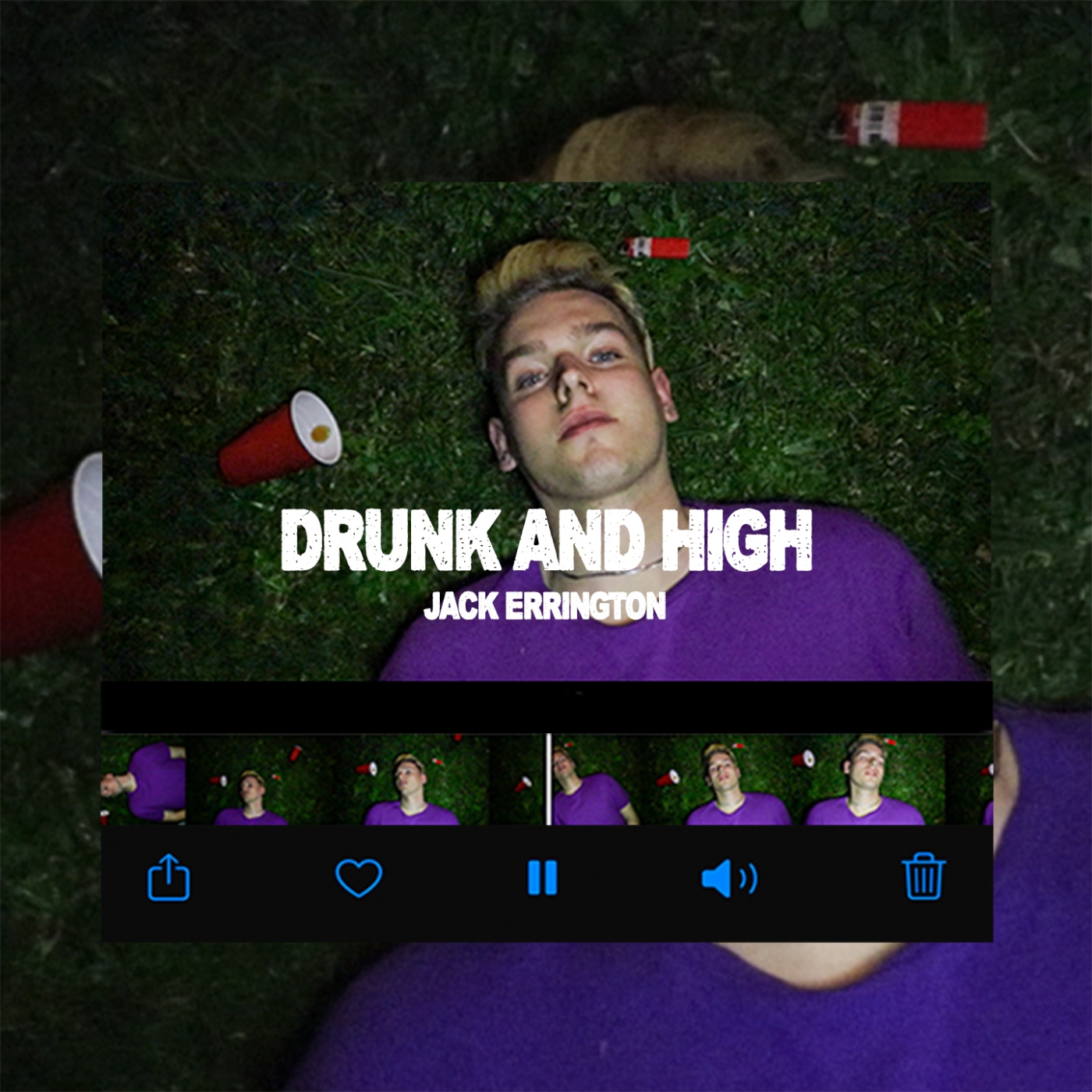 Australian pop artist Jack Errington releases a new single ‘Drunk and High’, the latest in a long line of sad party tunes that are highly prevalent in the charts. It’s a typical mix of stripped-back instrumental parts, sparse beats, and of course a heavy focus on the vocals to carry the identity and feel of the track.

To Jack’s credit, the vocal performance is good enough to be brought to the forefront, unfortunately, the lyrical content leaves a lot to be desired. Sure, when you’re singing about getting drunk and high, how much real thought can you put into the lyrics? Well, it turns out historically quite a lot actually; however, this particular effort is bland by comparison. It’s introspection at a most superficial level accompanied by uninteresting lyrical choices that leave little distinction beyond a nursery rhyme.

It’s uncomplicated, formulaic, and let’s face it an immensely popular style of music, so it’s even more important to try and create some sort of distinction, and whilst Jack hasn’t made a bad track, it just does so little to separate itself from the herd. Self-styled as the ‘Aussie Pop Prince’, Jack has a musical pedigree that includes having songs that have charted in the Top 200, and even a brief stint in a vocal group on the X-Factor. All of which are laudable achievements; ‘Drunk and High’ has all the hallmarks of the environment in which it was produced as a radio pop hit, and if that’s good enough then so be it. Unfortunately, slick production and an appealing, smooth set of vocals can’t save Jack Errington’s ‘Dunk and High’ from being little more than a homogenous footnote on a heavily saturated electro-pop market.