This is the most ripped-off Metalcore record of all time. This is one of the top three metal records of the nineties. This record is the reason the melodic Death Metal subgenre exists and is the innovating sound behind the extreme europian scene as we know it today. “Slaughter of the Soul” is so forward-thinking every way and a key player in heavy music development. It is the album that birthed countless bands once the two thousands had begun and without this record, the whole heavy musical landscape would have been different as we know it. To see the strong presence this record has maintained over the last twenty-five years is incredible and in another twenty-five years, nods and handshakes will still be made to this album. At The Gates fourth album is perfect.

“Slaughter of The Soul ” defines a moment of time and inspired endless generations to come. Firstly the entire new wave of the Sweedish Death Metal would have ceased to exist and bands such as Arch Enemy, Soilwork, and In Flames would have never become the bands they did. Furthermore, the modern metalcore movement in American would have felt very different also. Killswitch Engage, As I Lay Dying, All That Remains and The Black Dhalia Murder would also have failed to exist.

After forming in 1990 At The Gates had released three albums and an EP prior to their fourth and final effort before splitting less than twelve months after this monumental album was gifted to the world. This came as a huge shock to the worldwide metal community. After this groundbreaking and innovative record had created a milestone for heavy music the band decided to call it a day at their creative and commercial peak. These actions from the band rocketed the album to obtain a legendary status just months after its release. 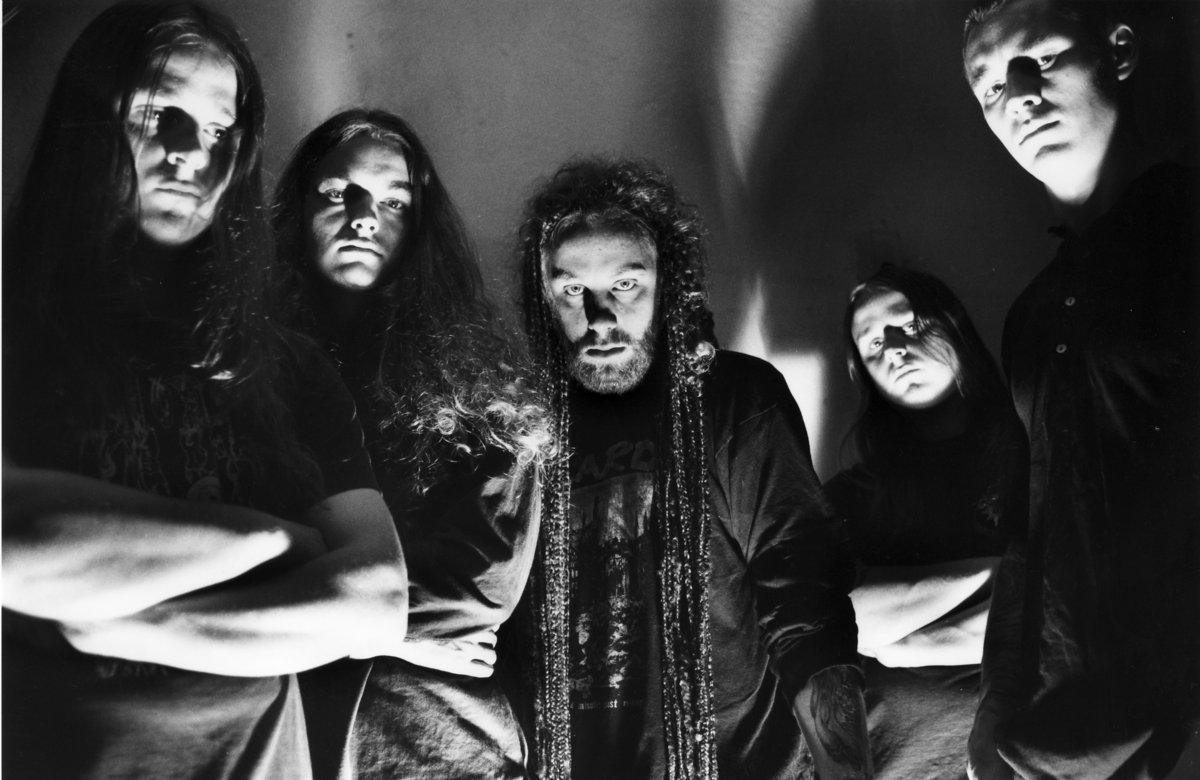 When the record was released in November 1995 praises and positive arrays of reviews swarmed the record and sales were significantly greater than anything the band had released previously. Due to such a surge of new fans and interest, the band quickly embarked on extensive tours of America, Britain, and Europe. But the pressure and new pace of the band took its toll on the members and being in a pioneering band with the underground and mainstream spotlight gleaming on At The Gates had repercussions. The band was also constantly being pressured to record a follow up by their label. The combination of these factors took its toll on the five twenty-three-year-olds and At The Gates announced their break up in August 1996. However, this does mean the band stepped out on an amazing high note. The band quit during the peak of their finest album. They didn’t insist on continuing and surpass their sell-by date like so many bands, especially in heavy music.

During the mid-nineties, there were so many bands making Death Metal music. Primarily from Sweden, America, and England and much of these records sounded the same and amounted to nothing more than them getting played a few times and ended up being remembered as mediocre records and many bands at the same seemed to be satisfied with this result. This is also why Nu-metal and black metal surpassed the Death metal genre towards the end of the decade as the genre had become very sterile. However, At The Gates had become aware of this and took action against not falling into the trap that many of their peers did. The band, inspired by Slayer and Exodus, wanted to challenge themselves up against the greats and produce an album as good as the records that had inspired them to make heavy music in their youth. The five Sweedish musicals had created an album that had never sounded anything like anyone had heard before. 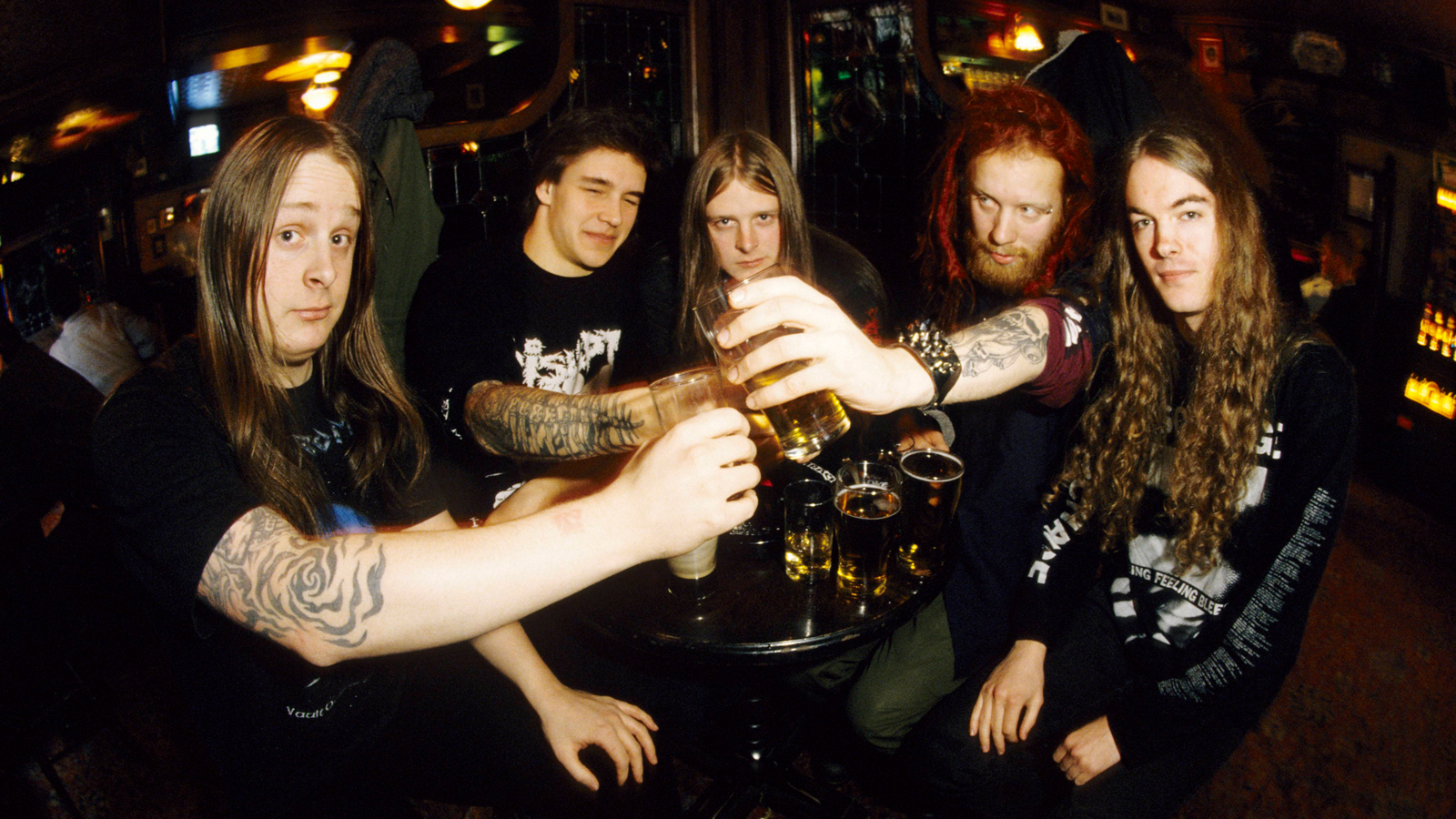 From beginning to end “Slaughter of the soul” is complete with songs that are catchy and quite clearly well studied.  The hooks and well-constructed riffs are so immediately indulging leaving a memorable and constantly fresh impression, even twenty-five years later. The vocal approach on the record is a combination of yelling and growls that are heavily influenced by King Diamond. This adds a very unique contrast in the vocals on this record and shows just how versatile vocalist Tomas Lindberg made his performance on this record. A style that is typically used today and a very standard vocal approach that had not been heard until Lindberg had entered the recording studio in 1995. The lyrics focused on social and inner struggles also, adding a much more introspective approach to the content discussed on this record when compared to other death metal records of the time. The rhythm section is solid and creative on this record. Featuring a heavily used skank style of playing, which is very unusual due to such fast tempos in the songs and the typical blast beat is also never heard. Again, going against the grain and the typical style of death metal songwriting. The drums following the vocal melody also extend the variation in the music and feature chops in the songs that are abrupt but so tasteful and magnificent. The guitars on this album are also phenomenal. The harmonies, melodies, and technical riffing are so prominently enjoyable and carry each song into dimensions that no band had ever been able to approach before this record was heard in 1995. The aggression in the riffs and the broadness in the solos is what so many bands strived for after hearing this performance.

“Slaughter of the soul” is a legendary record. Its ability to break countless boundaries is intimidating. Its influence on modern heavy music is matched by its incredible quality and replay value. The record changed the enter landscape of metal and “At The Gates” achieved something that every band desires; to be viewed as legends for eternity.