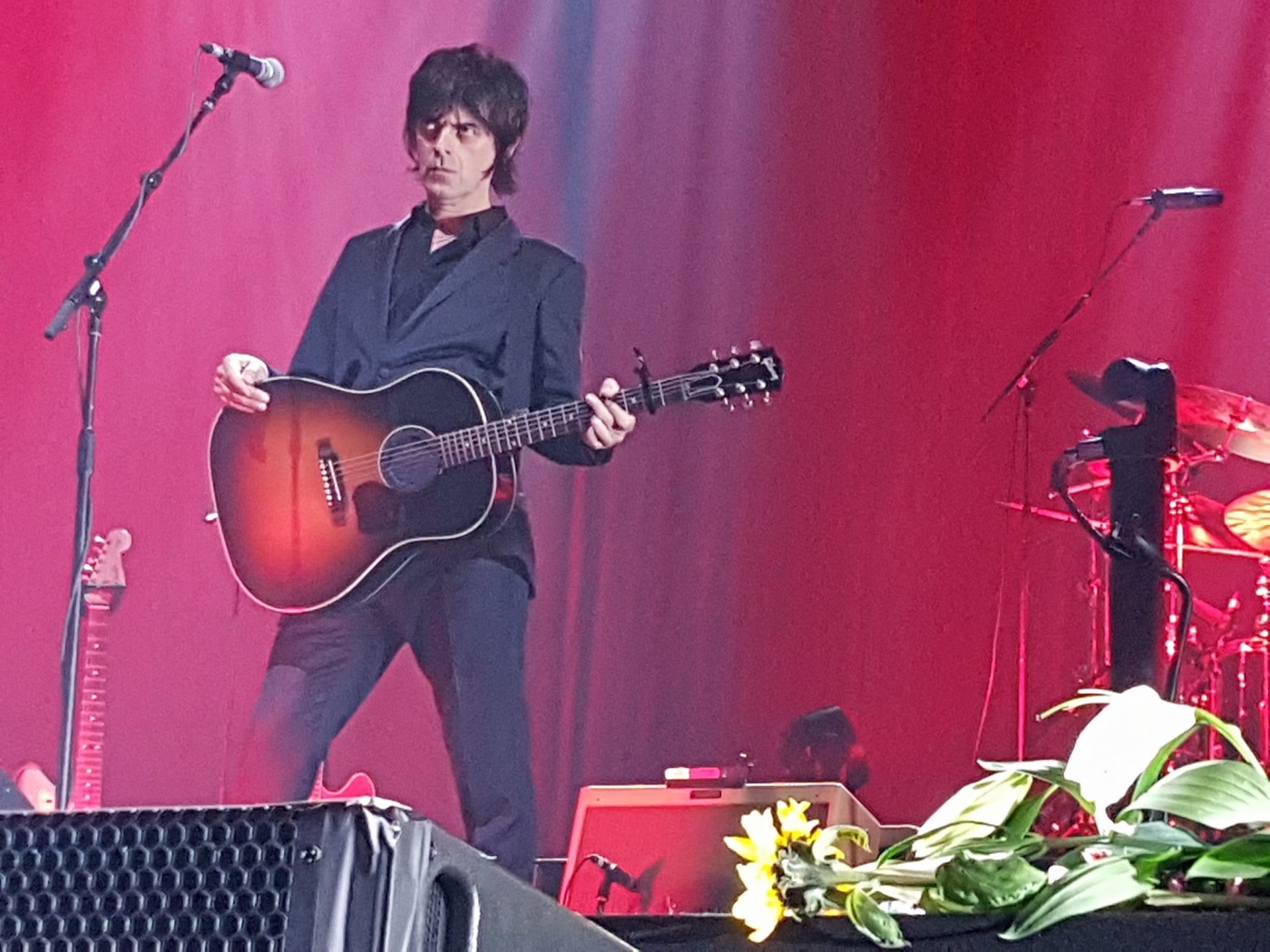 How did you approach the songwriting process for bandantes latest track? were there any particular methods, studio techniques, or instrumentation choices you had in mind?

I always start the songwriting process either with a Guitar or playing around on a Piano. with ‘So This Is Now’ I’d had the tune swimming around in my head for a long time. I put it down on an 8 track with an Acoustic Guitar, overdubbed the verse and chorus melodies using one of those Korg micro Synths, and put a basic rhythm track down on a Drum Kit, I don’t pretend to be a drummer but I can keep a pretty good beat!

I listened back to it and really liked how in each verse there was a crescendo that just kicked off in the chorus. a call and response thing was happening which I really liked too. I could hear the theme being played on a trumpet… I mean who the fuck uses Trumpets these days?! I saw it more like a soundtrack rather than a song ‘per se’. lyrically, I just had one word, ‘protest’ something in the music took me there, it had that kind of narrative. There’s a tune by a band called Mountain, ‘Nantucket Sleighride’, and it reminds me of that in some ways, it has that element of fear in there.  In the studio, I knew I could develop the dynamics I just needed the right musicians, so I brought in Nikolaj Torp, Ian Matthews, Stan White, and Tim Hutton. I wanted it to be organic and to record it through an old analog desk, a neve, or something, I didn’t want it to be too digital sounding.

In terms of gear used on this song, what were the weapons of choice for you personally, and did you shape the sound with input from your supporting musicians? I know on your Facebook you mentioned the mellotron as a big factor, tell us more about those creative decisions and your influences?

The 8 track demo was really strong, I had the whole thing – music and arrangement – so I could use that as a reference in the studio. For me, the acoustic rhythm guitar is what the whole song was built around, so I used my old Gibson for that. there’s a real swing to the rhythm and I wanted it to be there in the recording too and the Hammond organ was essential. I spoke about using the mellotron with Nikolaj, he’s such a great player and he’s one of those people who just get it. The Mellotron part really added a middle eastern flavor and he just tore up the Hammond – amazing player.

Stan’s a very solid bassist and just anchored everything. He replaced Barry Adamson in magazine when they reformed a few years back. Barry had left magazine to rejoin the Bad Seeds!  Ian Matthews came in and his drumming is incredible. Especially with the final build and the drop into the chorus, he elevated the song to another level.

We recorded guitar, bass and drums together live then overdubbed the keyboards and brass. Tim Hutton who’s a great singer and songwriter in his own right came in and added the brass. He’s worked with Ian Brown, The Prodigy, Dub Pistols.  I added an electric guitar to give it some power. For the intro I wanted a ‘staring at the rude boys’ by the ruts vibe in there, just to add some menace and tension. I extended the intro and added some sirens and noise in the final mix but most of what you hear is as raw as it comes and it really has great energy.  All of the guys who played on ‘so this is now’ are great intuitive musicians. I wanted it to feel like a performance and they nailed it.

It sounds different and that’s what I like about it. So influence wise there’s some mountain, some ‘teardrop explodes /reward in there and some Arthur Lee’s ‘love’ too.

‘So this is now’ is a much more brooding and less immediate song than say ‘bang bang’. Was this something you wanted to explore given your aforementioned influences?

I never saw it as a song in the normal sense. ’bang bang’ is an all-out rock ‘n’ roll number.  I always felt that ‘so this is now’, being an instrumental, was more suited to work with a film. There’s something evocative to it as a piece of music.

After the recording session, I’d put the track away for a while then re-listened to it during the lockdown in June and it captured a certain feeling. It felt relevant, protests were happening all over the world so that’s when I asked Tim Shepard to collaborate and make a film.

How did the recording process differ from that of your work with the bad seeds?

Because it is my music, I’m involved with the whole recording process -from the writing, recording, producing, mixing, to finding the right musicians, engineers, the right studio.

With the Bad Seeds recording-wise, I’m there to play the guitar and to try to serve the songs that nick and warren have written. You never know what they want until you are in the studio recording with them. Ghosteen is the first Bad Seeds album I played electric guitar on. With push the sky away and skeleton tree it was all acoustic.

What did you want to get across with the song? is it a statement about modern life as the title would suggest?

In some ways it is but there are certain things about modern life that really appeals to me! There’s so much going on politically right now, it all seems so divisive and the planet needs some love too… perspective seems to have gone slightly awal!

Your usage of sampled sirens at the end of the song suggests that the ‘now’ is somewhat chaotic and perhaps violent. Personally, I feel it is a very fitting anthem for the year we are living through. is this something you factored in during its conception?

Well, it was recorded before all of this happened, but I guess it does capture some of that. I can only hope that things will change and for the better.

Where was the single recorded? did you target a specific studio to get a vibe or a certain sound to the song?

It was recorded at vale studios in Warwickshire and yes, the studio does have that old school vintage room feel. I’ve known Chris the owner for years. It is a residential place so it’s ideal for leaving all the distractions of modern, city life behind.

Did you rope in any of your bad seeds bandmates for the song?

What is your biggest problem with the music industry?

There are not enough small live music venues, so many have closed over the last five years and there’s no support for struggling musicians – lockdown just magnifies this.

Are there any other artists you would like to collaborate with on future material?

I’m working on a track that has Kai Stephens on Bass, he’s a brilliant Bass player, very melodic – he has a Trevor Bolder meets Entwistle thing going on!

Do you plan to release an album in the coming months and can we expect a tour from bandante?

Next year for an album, I’ve got a few songs I really want to record but with things as they are at the moment COVID-wise I can’t say for sure. Live and touring the same thing applies. With Bandante I’d like to get into a few art gallery spaces, put some films up on the walls. go all out Warhol/Factory style on it.

Finally, for people out there who haven’t ever listened to bandante reading this interview, can you give us a brief overview of your sound and what you’re all about?

It’s eclectic and it’s a vehicle for my songwriting. I don’t want to be stuck in any particular style or sound. it’s the freedom to explore and express music, for me that is what it’s all about.