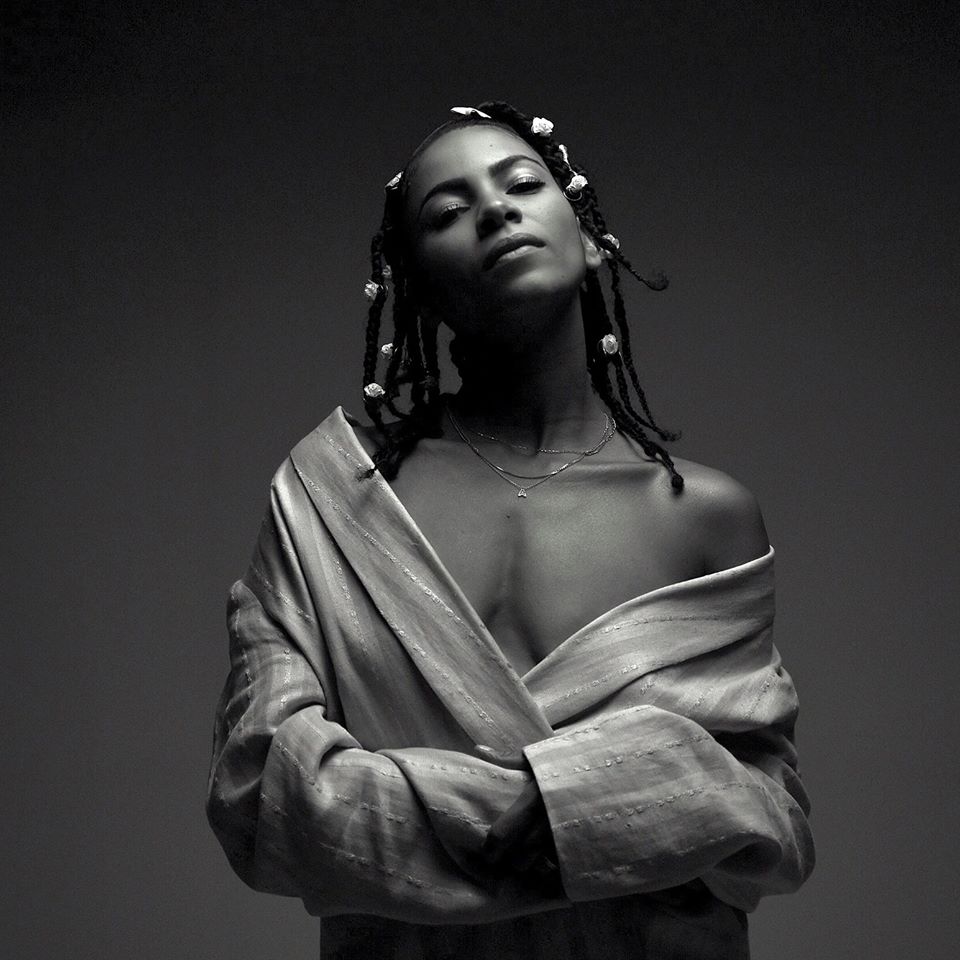 Originally from Paris, neo-soul artist, Adeline, is now one of the most critically acclaimed emerging acts of New York. After her debut release received praise throughout the industry, she has been offered a myriad of sought-after support slots. These include performances with the likes of Anderson Paak and Lee Fields, as well as sessions at festivals such as Funk on the Rocks and Afropunk. In addition to musicianship, she is a fashion star and an activist. In fact, she postponed her most recent release in order to protest for the Black Lives Matter movement. This EP is a compilation of seven tracks, which each explore a different aspect of love.

Only months of hard work could have forged such an EP. Although it has a more stripped back feel than her previous releases, this actually allows the sheer brilliance of her song-writing to shine through. As well as having an extraordinarily powerful voice, Adeline plays bass for CeeLo Green’s touring band. Therefore, a definite highlight of the EP is the funky basslines which underpin every track. Not only that but she produces her own music and writes the parts for every instrument. In this record, Adeline showcases an even broader range of talents, by beautifully revealing her emotions in a way she has never done before.

The release is centred around the contrast between life’s exciting moments and periods of “limbo”. Whilst tracks such as ‘After Midnight’ and ‘Stay Up’ are oozing with the thrill of romance, many of the songs seem sombre and melancholy. ‘Twilight’, for example, is about love which fades away, whilst ‘Just Another Day’ is about a relationship which is destined never to happen. Adeline refers to feeling lost and motionless in life, especially in her track ‘Middle’. She sings about life going round in circles, feeling adrift on a circular current and always returning to make the same mistakes.

As well as love, Adeline is fixated on time. Not only does she include song titles inspired by times of the day, but the actual name she has chosen for the EP is a chronological reference. Interminés can be translated as ‘In the meantime’, which is yet another allusion to these stationary periods of life. In essence, the record is about wasting time and losing time. Yet, above all, it is a reminder to her listeners to make the most out of the time they have.

The EP is introduced by a fast and funky drum beat along with Adeline’s heavy breathing. ‘Stay Up’s choruses are filled with high-pitched punchy vocals and chopped guitar chords, whilst the verses are smoother sections of call and response. The song is dripping with groove. Everything from its jazzy and reverb-sodden guitar solo to its synthesisers shaking with tremolo all contribute to a piece filled with sass and style – perfect for a song designed to evoke the feeling of romantic nights in.

The instrumentation in ‘Middle’ is a lot more subtle. After an introduction of warbling lead guitar, the song’s only melodic backing becomes a sultry bassline, muted guitar and the smooth sound of synthesisers. In contrast, the chorus is designed to create the disorientating feeling described in her lyrics. Smooth brass phrases answer in response to cries of layered vocals.

The most heart breaking song on the record, ‘Twilight’, is a keyboard-led track about a mutual yet saddening breakup. Its beauty comes from of the choir of Adelines and whirring synthesisers that form its backing. Yet, it is the way the song slowly withers away at the end which recreates the song’s meaning in auditory form.

With this single, Adeline began the #TwilightChallenge competition. She tasked fans with creating remixes of the track and chose her favourite five from black artists. They were then released in an EP to celebrate black culture and raise money for the charity, Until Freedom.

Her fifth track is titled ‘Just Another Day’ and has a tired, early-morning vibe. Its lyrics seem to refer to a feeling that everything is wrong and nothing will ever go right. It elucidates further on the themes of dislocation and confusion that surround the record. Certainly the most relaxed on the EP, its sound consists of a popping bassline and jazzy guitar instrumentals. When Adeline sings, “Just another day” all on one note during the chorus, you can’t help but sympathise with her apparent exasperation at the monotony of life. The final track on the EP, ‘Si C’est Pour Jamais’ (If This Is For Forever) is a French version of the song she composed with her brother.

‘After Midnight’ is the polar opposite of ‘Just Another Day’ in terms of energy. This song is all about the first moments of falling in love and the excitement and passion that brings. The most danceable on the record, the track is introduced by the tinkle of piano, as she arpeggiates long, high-pitched jazz chords. The funk quickly kicks in, however, to begin a song filled with unforgettable choruses and chant-like build-ups.

The only other song on the EP is a cover of the Black Sabbath song, ‘Planet Caravan’. Radically different, it begins a lot quieter than the original track, whilst retaining its tranquil yet solemn style. Adeline’s version is strange and echoey – a drastic change from the rest of the EP. Under the vocals, you can just make out the dissonant ringing of guitars surrounded by a steady beat. Adeline experiments with a whole plethora of unusual effects including reversed reverb and delay. Right at the end of the track, the energy picks up, creating a more vibrant chorus not present in the original recording. Adeline’s gift with production is most evident on this track.

A true performer, it is the blending of Adeline’s mellifluous vocals that truly stand out on this record. This polymath is undeniably on a trajectory towards success.