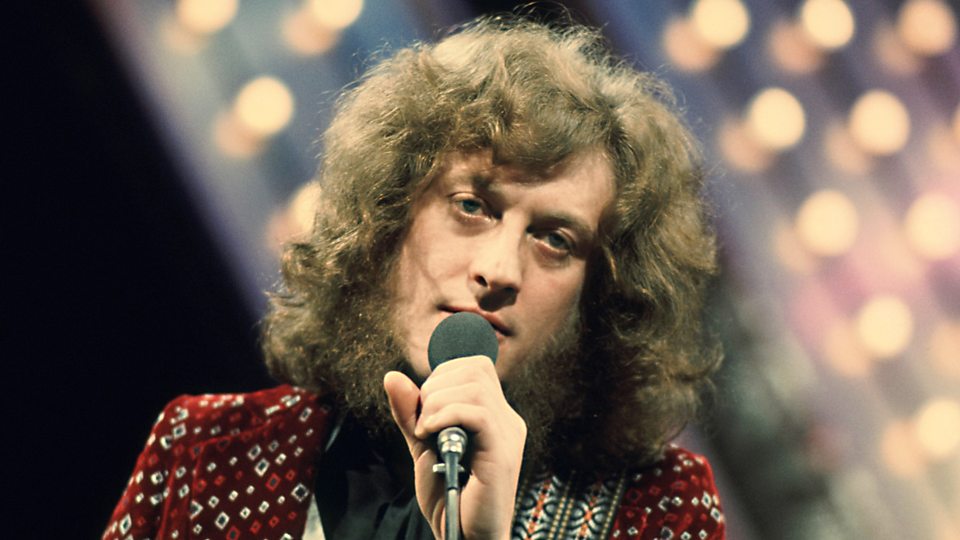 The 70’s was something of a tumultuous decade. This isn’t going to be about politics, thankfully, but the music scene changed in such drastic fashion across the decade that it seems art in this case imitated life.

As previously discussed here Heavy Metal was born in this decade. The 13th of February saw the release of Black Sabbath and a new genre was born. Well almost. There was a bit more to it, isn’t there always, but it was in stark contrast to some of the other releases of the year and the decade. How stark are we talking? The very first number one of the decade was actually a carry over from when it first hit the top spot on 20th December 1969 so it held the honour of being the last number one of the 60s and the first number one of the 70s. For the purposes of the argument we’re using the UK singles chart here. There was obviously cross pollination across the Atlantic but not in the same way that it is today with the proliferation of music streaming services. Anyway I’m sure you’re wanting to know what the number one was.

It was “Two Little Boys” by Rolf Harris. The benefit of hindsight gives this an air of abject disappointment to say the very least. We left one of the most influential decades of the century with that as our favoured song. I’m not angry Britain, I’m just disappointed. Incidentally it wasn’t one of those flash in the pan efforts either. It was number one for six weeks for crying out loud.

Could the decade have started under worse auspices? I don’t really want to plough the depths of that particular thought experiment so let us move on.

1970 alone gave us 15 number ones which were a mixed bag to say the least. We all know about “Two Little Boys” but we did get such stand out classics as “Bridge Over Troubled Water” from Simon and Garfunkel (3 weeks), “Voodoo Chile” by Jimi Hendrix (1 week) and “Spirit in the Sky” by Norman Greenbaum (2 weeks).  The quick mental mathematicians out there will have noted that those three singles together only managed the same number of weeks as “Two Little Boys”.  I’ll stop harping on about this eventually but that is nothing short of a scandal. Maybe the three day weeks were to stop people buying god awful singles. I digress. There was a rich tapestry of varying musical genres that have their origins in the 70s and if not strictly their origins, then their moment in the sun certainly. We got disco, glam rock, folk, heavy metal, pop, country, indie and punk. The list could go on and on if you properly delved into each number one and divined what subgenre it sat in but that is, as ever, an endeavour as boring as it is pointless.

There could be an argument that various genres and subgenres have always existed under the gloss and pomp of the popular and the profitable and didn’t make the charts. True, and that’s exactly what the fascination is with the line up of the number ones here. Every genre got chart recognition and even a number one. Some of the better proponents of a genre might not get the representation over a more watered down example and a more media friendly face but nonetheless the breadth is pretty staggering. Every year saw such wild variations of “musical expression” it makes current charts look positively staid and boring. The 70s was undoubtedly beset by what can only be described as a plague of novelty records. Clive Dunn’s “Grandad”, Billy Connolly’s “D.I.V.O.R.C.E.”, Benny Hill’s “Fastest Milkman in the West”, “Back Home” by the England Football team, and of course that single that started it all that I’m not bringing up again.

This wasn’t a uniquely 70s problem as we’ve seen in later decades with Joe Dolce keeping Ultravox’s “Vienna” from the top spot and the abomination of Mr. Blobby having a number one single but this was a purple patch for sure. In general however these were aberrations rather than the norm and the stand out performer as a genre was glam rock. Abba led the decade in number ones with 7 and a cumulative 26 weeks on the top of the chart but second to them was Slade with 6 and 20 weeks at the top.  This may be of some surprise as the band is primarily known for the ubiquitous “Merry Xmas Everybody” but this was only one of their six number ones. It didn’t even go platinum in the decade itself, the re-release numbers pushed it over that precipice in 1985. The rest of the Top Ten of most number one’s features T Rex, Mud and Gary Glitter so the genre has a good representation. Abba brings the Disco pop and Donny Osmond representing the sugary sweet pop. Rod Stewart had five number ones in the decade but one of those was “Do you think I’m sexy” which if I was a bit meaner I’d have included in the list of novelty records. What the picture paints is a desire for some good time, upbeat music that could fill a dance floor and put a smile on your face. In essence this is the exact same purpose the novelty records would have had so at a broad stroke the decade highlighted the escapism that music can be. Anything to take the mind off the blackouts, strikes and turmoil in the daily lives.

This proliferation runs right through the decade. Even when it could be seen that music was taking it’s steps to be a rebellious message rather than a distracting influence, the charts don’t reflect that totally. Yes 1979 starts with “YMCA” as it’s number one and ends with “Another Brick in the Wall (part II)” which could prompt the view that the decade had matured the people.

That in fact there had been a sea change in attitude and that the general public were ready to comment about their situation and challenge the status quo (they had a number one too) of the political elite. I’d love to make that argument for a great article but the fact that Dr. Hooks “When You’re In Love With A Beautiful Woman” and Cliff Richards “We Don’t Talk Anymore” were also number ones in 1979 it’s hardly a representative case. I can’t imagine Cliff as the soundtrack for the rebellion of the working class. I try not to disagree with Rik from the Young Ones but his penchant for the perennial prince of pop is hardly indicative of class struggle.

I’ve slagged the British Public for it’s dabbling in trite and hackneyed efforts of people that were out to make a quick buck on someone that had a following on TV or in the media in general. It’s easy to draw a comparison with the talent show generation of number ones that have lined Simon Cowell’s pockets over more recent times. A single sold not on the substance of the record itself but in its attachment to a TV personality or something else entirely.  As we can see with the other examples it wasn’t just the people in the 70s that were doing this but singles of this sort can be found in every decade. I’d argue that actually, the public of the 70’s bought the novelty singles for a better reason than their modern counterparts. It’s one thing to buy a novelty single by Benny Hill for a bit of a laugh but surely that’s better than snapping up every manufactured offering from a talent show hopeful who’s career is callously milked for all it’s worth before they sink without trace. There seems to be an innocence in enjoying something funny rather than being taken in by a sub rate version of Nessun Dorma with it’s tacked on story of an ordinary bloke done good. I’m not defending “Two Little Boys” though, you’re on your own with that one.

The other side of the coin though are the absolute belters that did see popular support in the decade. Abba have more than endured the test of time and are the quintessential crowd pleasing dance floor fillers today that they were in their heyday.  Queen fit the same mould. We also saw Bowie, Kate Bush, 10cc, Simon and Garfunkel, The Police and T Rex. Artists with substance and an inspiration for many of those that followed.

We also saw my favourite guilty pleasure Slade pepper the decade with stonking, foot stamping classics that are nothing but fun. The purpose wasn’t to out myself as a closet Noddy Holder fan and destroy any future credibility I may have but to say that maligning a whole decade is short sighted. In amongst the dross, the snobbish horror of what passed for popular, and a bemused reflection of an eclectic decade, there is more than a little good. Whether in the artists that became paragons of their art and inspirations for legions of groups such as Bowie and Kate Bush there was a scene behind the charts that gives a greater insight to an amazing decade.

From Sabbath and Zeppelin to the Clash and the Sex Pistols you can see something much more expansive than a singles chart will show you, and some of the most influential albums of all time came out of this decade. There was a recognised split with being an “album band” rather than those that released singles which is a whole separate issue but the 70s can clearly be seen as the decade where much of the great and good that followed in later years drew inspiration.

Take a look and see for yourself. Just skip the first number one if you don’t mind.