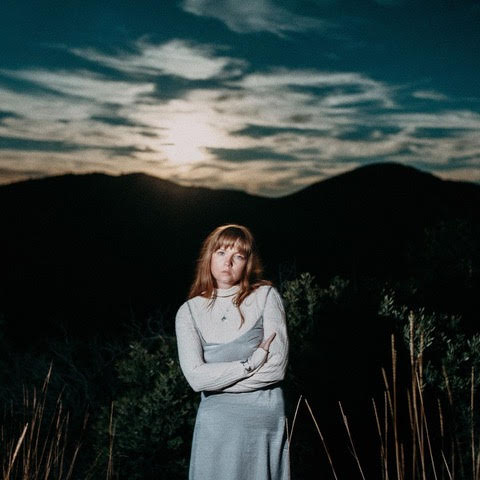 29-year-old Seattle-based singer-songwriter Courtney Marie Andrews has been working hard under the radar for a long time. In 2010, she featured prominently on Jimmy Eat World’s album Inverted, as well as touring the album with them for the following year. Yet it took until 2018 before she found fame of her own with breakthrough album, May Your Kindness Remain. This was Andrews’ sixth studio album, and it received critical acclaim, appearing on many ‘country albums of the year’ lists. The followup, Old Flowers, was due to be released earlier this month but has had its release pushed back to 24th July due to the current pandemic. However, Andrews has released three songs from the album, the latest of which, It Must Be Someone Else’s Fault, gives fans a sample of what to expect from the album.

It Must Be Someone Else’s Fault follows the album’s themes of love, heartbreak, and contemplation, with Andrews stating the song is about “taking ownership of our own story and pain.” It was a song that Andrews had struggled to pin down, having been working on it for some time, but the result is some extremely honest and vulnerable lyrics, and it no doubt plays a big part in an album about growth and becoming a stronger person after tough times. It is accompanied by a touching music video, choreographed by Marlee Grace, and featuring Andrews, as well as a young girl and elderly woman performing expressive motions to the song. It’s a sweet and touching video and is a fitting accompaniment.

Musically, Andrews talks about the minimalist approach that was taken with the recording. Only three musicians feature on the track, all playing a variety of instruments, and not necessarily perfectly. The goal was to create a raw, natural album by having an intimate recording process, letting Andrews’ voice take center stage. While this might have resulted in a positive and inspiring experience for those involved, it does little to change the fact that this track is about as middle-of-the-road acoustic guitar country as it’s possible to get. It’s hardly a genre known for its innovation, but It Must Be Someone Else’s Fault will do very little to win fans over to the genre and is instead little more than an inoffensive addition to the American country music repertoire.

Since her breakthrough, Andrews has gained a respectable following in the country music scene and is clearly eager to keep this momentum going in the build-up to her new album. This song isn’t groundbreaking, but Andrews’ raw emotion and honesty in her lyrics and performance should be enough to carry it through.

Review by Will Cooper