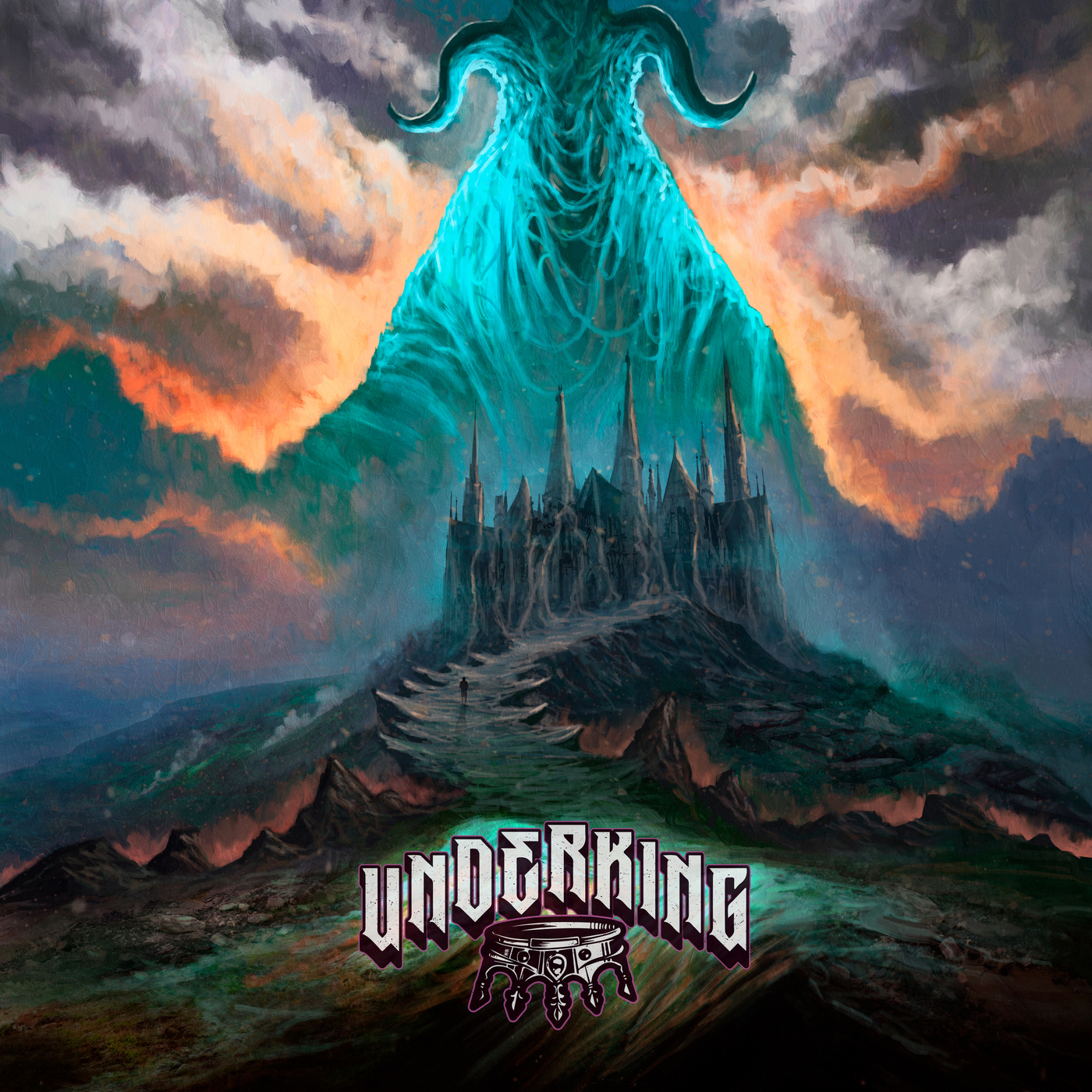 Modern metal is something that has been branching out and forgetting limitations and labels by the week. “Amongst The Dead” does exactly that. Combining black metal, power metal, hardcore, and thrash for an exhilarating display of aggression. “Amongst The Dead”, if justice is served, will rise above the rest and be showcased as the creative achievement it is.

The opener, Exordium as straight from a Cradle Of Filth record and acts as a powerful beginning to the record. Giving the impression and setting the tone for the journey that lies ahead for the listener. The guitar sound, shifting from black metal to an Iron Maiden inspired final section, gives just a slight hint of the wide variety of genres explored in this release and is the perfect introduction.

“Nothing but bone” enters with an industrial metal sound. The vocal shout the start is cheesy and unnecessary, but the track continues into a modern metalcore explosion that is so well written. We can only hope that Underking takes its performance to a live setting, once the world has started spinning again, showcasing the talent to a wider audience to experience the music in its truest form. The track features many elements of hard rock and even a nu-metal element is suggested in the bridge. Some of the sounds used are slightly outdated but done well all the same. This track immediately highlights what the band does so well. A combination of black metal and modern metalcore is the bands’ true strength and Underking knows how to merge these two genres together so tastefully. The riffs are energetic and the vocals are nothing but perfection.

“Deadman” moves on to a more Avenged Sevenfold style approach with a doom metal twist added to the vocals, especially on the production. The added reverb and drop in the mix allow for the guitars to really shine through and for the vocals to be used as more of an instrument themselves. “Deadman” sees much less of a structure though and feels a little absent-minded from what the track was initially meant to be. The sections do not feel cohesive, and more like a range of ideas from different songs combined together, like unfinished songs all mixed together to create a final product. More of the same great vocal work and guitar playing is showcased though and “Deadman” is by no means a weak track or a drain in momentum, it just lacks the craft of “Nothing but bone”.

“The way of man” and “Lowly Dog” are two excellent back to back songs. Featuring some excellent thrash metal songwriting adding to the smooth transition from track to track on this release. Closing songs “Lost Souls” and “Gravedigger” conclude the release nicely and really ice the cake of some excellent songwriting and talent.

Underking is a two-man-band. Everything is played and performed by Maxwell Jeffries and the vocals Dustin Burmeister. This alone truly highlights the level of talent gone into making this EP. The duo has channeled their influences and ideas and crafted a piece of work, that is better than most five-piece bands can produce after months of rehearsing. It shows just how ideas should be blended with a modern outlook and shows there are no boundaries to heavy music if you truly think outside the box.

This release deserves attention. It deserves a physical release, money spent on a better band logo and the chance for the songs to transferred into a live setting. “Amongst The Dead” is a very enjoyable listen for any of heavy music and nods to so many classic bands, from Dark Throne to Death can be heard. Modern bands such as Malevolence and Parkway Drive also have their signature sound interpreted on this release. Listen to this EP and appreciate it and learn from it.